BEA or British European Airways was the UK’s best known short-haul carrier. With extensive routes throughout Europe, the airline later merged with BOAC to form the current British Airways. This pin was worn by the crew, either as a lapel pin or as a tie pin. The small enamelled surface is old but still in ok condition. A lovely little bit of history. 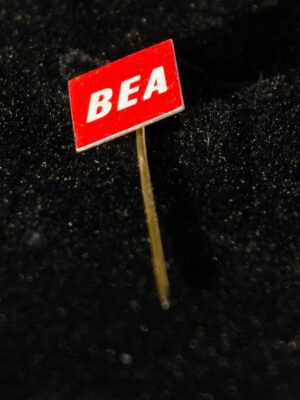